Sinton roots in Ireland and Scotland 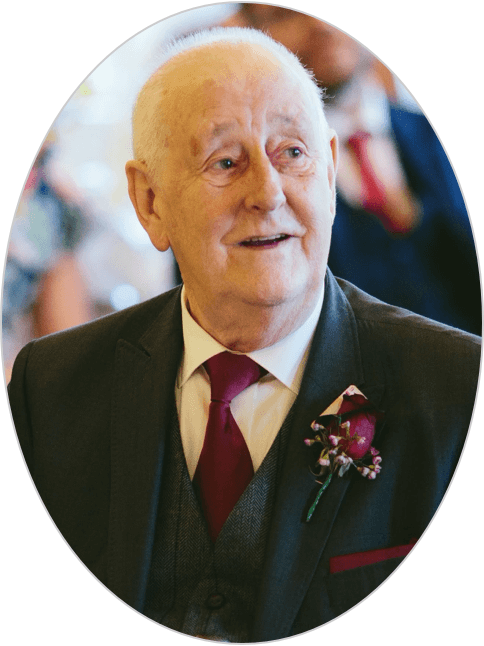 Bob always had a story to tell and knowledge to share - anyone who ever spoke to him could attest to that. It’s perhaps for this reason that he became interested in genealogy. After beginning to research our family tree and approaching retirement, he decided that it would be worth publishing his findings online. Sinton Family Trees was born and after 19 years it’s still online today.

He was a man who could do anything he put his mind to. Working on cars, building electronics, plumbing, woodworking, tiling, brick laying, writing software. These are just some of the skills that he not only dabbled with but often excelled at. Growing up I was always amazed that, no matter what the problem, my Dad always seemed to have the answer. What’s even more astonishing to me now is just how many of his friends and family would say exactly the same.

One of my earliest memories is of when I was 5 years old and we were on holiday at a popular caravan park. It was a lovely, sunny day and I’d been sitting by the door when Mum asked me to close it and get ready to head out. For whatever reason, I tried to close the door awkwardly with one hand while (without realising) one of my fingers was in the hinge. It slammed shut almost completely removing my fingertip. It was horrific and to this day even talking about it makes me cringe. Mum went into hysterics while I sat there screaming and staring at the inside of my finger… but not Dad.

Dad grabbed some fabric plasters and a lollipop stick, snapped it in two and used the pieces as splints to hold my finger together. He wrapped it with a fabric plaster, picked me up and rushed to the car. After facing traffic, diversions (thanks to a well timed bomb scare) and a 5 year old screaming the entire way we made it to A&E. That was 27 years ago and you’d never believe my finger had ever been so much as scratched to see it now. His reaction to the whole event was calm, rational and flawless.

Throughout the rest of my childhood, I spent a lot of time with my Dad. He was always doing something and if wanted to be involved then he was willing to teach. If I was off school, he’d take me to work with him. When something broke at home, he’d show me what happened and explain why he was fixing it the way that he was. 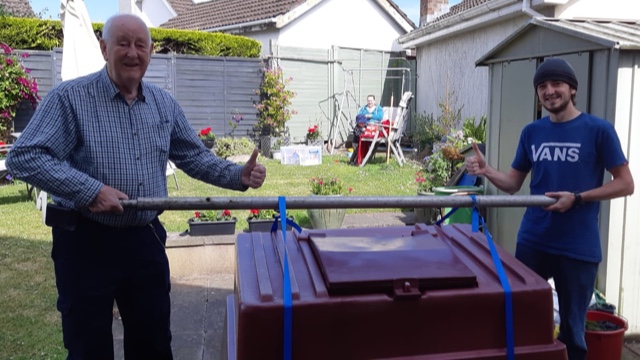 There’s one piece of my Dad’s advice that I find myself applying time and time again: “Take a big problem, break it down into lots of little problems and solve those. When you’ve finished, you’ll have solved the big problem.” No matter the problem, he always had an answer. If anyone needed his help, he was always there to offer it. He was a great hero to more people than I think he ever realised.

All of his skills and knowledge undoubtedly came from some of the astonishing things he did with his life. He’s worked aboard ships, flown planes and driven just about anything with wheels. For years he literally travelled around the world as a radio officer in the Merchant Navy before living in both Iran and Brazil working on missile systems. At home he captained two local cricket teams and regularly DJ’d across the country. Before he retired, he would travel the country installing networks and computer systems for the civil service. 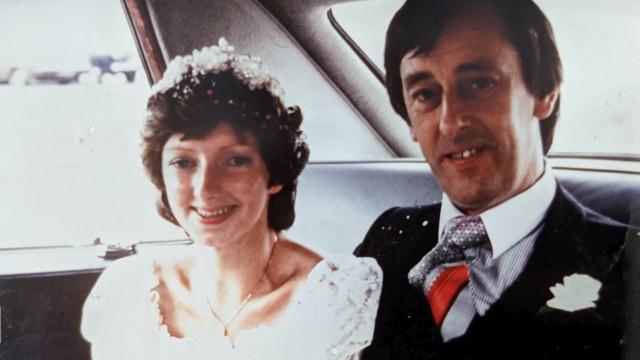 In 1983 he married my Mum. Between them they started Craigavon Hospital Radio using a lot of the equipment that Dad built himself. They bought the home I grew up in and the same home that she still lives in today. It’s in this home that he enjoyed spending time with his family and some of my fondest memories are of us just being together. For years we watched every Formula 1 race on every race day while eating hot dogs and catching up. Sometimes we made it work even if we weren't in the same country.

Two years ago we extended that tradition with the arrival of his grandson, Alex - a little boy who I truly believe he loved more than anyone else on earth. And that went both ways. Every time he went to see my parents, Alex looked for Grandpa first. They loved watching TV, reading books, cuddling in Grandpa's chair and even wrestling with each other! I've never seen Dad happier than when he was with Alex. 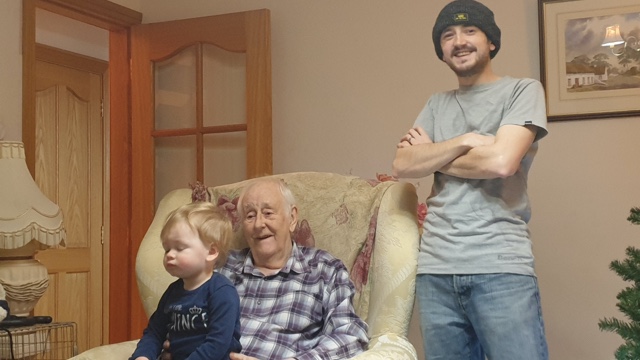 Over the last couple of years Dad developed some serious health issues. He managed them well and life continued quite normally until the end of October 2020 when he was rushed to hospital after collapsing at home. After 16 days in hospital and a month or so at home, many phone calls with doctors and a lot of medication changes he had recovered well enough that we got to enjoy one last Christmas together.

On 8th January 2021 we discovered that Dad was losing a concerning amount of blood and the doctor told me he’d need hospital treatment urgently. We packed his bag, said goodbye and that hopefully we’d see him in a couple of days. We couldn’t have foreseen the next 3 weeks.

After a week in hospital, we got a call to say that Dad tested positive for Covid-19. At first this had very little impact and the main focus of his care was still on stopping any further blood loss. Eventually doctors decided a procedure to cauterize the bleeding would be prudent and despite some worrying predictions everything went extremely well. 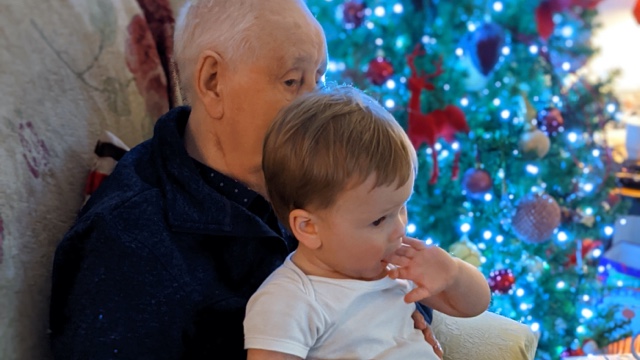 On Monday 25th January I got a phone call that I’ll never forget. Dad had no problems breathing but his system just wasn’t absorbing the oxygen it needed and doctors believed he wouldn’t make it. We remained hopeful, made video calls to him, sent him photographs and voice messages but unfortunately he grew weaker and weaker.

Dad took his final breath at around 11pm on Wednesday 27th January 2021 at the age of 79. He died fighting a virus that has rightly terrified the entire world and he did it with the same calmness and determination that he applied to everything in his life. Words will never explain just how proud I am of him and how much he’ll be missed by all of his friends and family.

I had the honor of speaking at my Dad’s funeral and sharing a lot of this with those who were able to attend. He certainly wasn’t a perfect man (as most people who met him would agree) and we definitely had our struggles.

I feel that I'll never know, accomplish or even affect a tenth of what he did in this world but, no matter what, he made me into the man I am today and showed me how to be a good friend, a good husband and a good father. 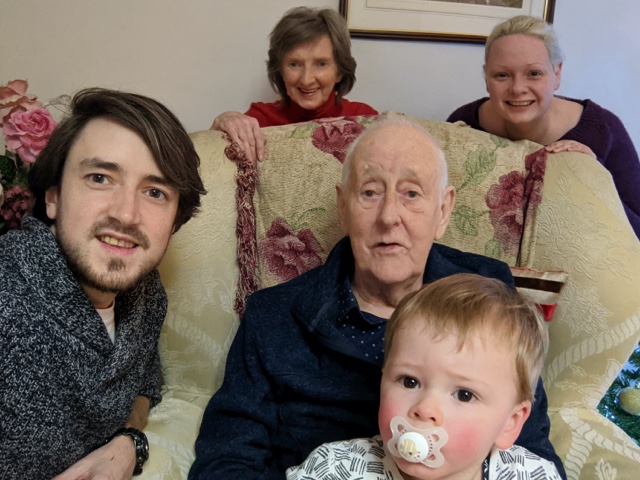 I still don't know how we'll cope without him but he gave us the ability to face the unknown, knowing one thing for certain: We can do anything too.

Bob Sinton was a truly exceptional man and he'll never be gone. Everything he ever did with us, for us and around us lives on through his friends and his family. He leaves behind a wife, a brother, a son, a daughter-in-law and the one person I truly believe was his absolute favourite in all the world, his grandson Alex.

We love you Dad. Night night.